Do you have an adventurous spirit? Do you love the open doors? Then you are surely aware of the risks and discomfort of insect bites. Lets face it, bug spray and creams are horrible to put on your face, combined with sunscreen your skin feels thick and heavy and uncomfortable. Why not try No Fly Zone hats from Stetson?

They are proven to repel mosquitoes, ticks, ants, chiggers, flies and midges. The hat is made of a patented, odourless and invisible insect repellent technology that incorporates a permethrin-permeated layer in the fabric. The hats are lightweight and breathable and perfect for all outdoor activities – hiking, fishing, golf or having a few beers in the summer air. 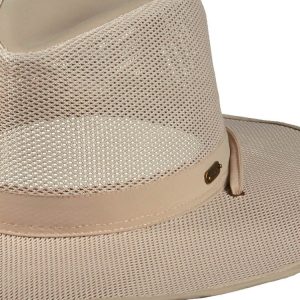 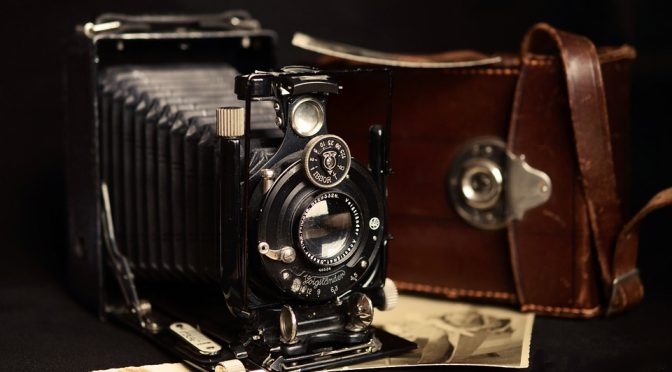 The September issue of Glamour SA featured all the new fashion trends for this summer and on one of their many amazing fashion photo shoots they featured some Stetson Hats sold by Trailsaddles.co.za

The fashion shoot had great cowgirl inspired accessories, suede, and fringe details – see pictures below and get inspired! 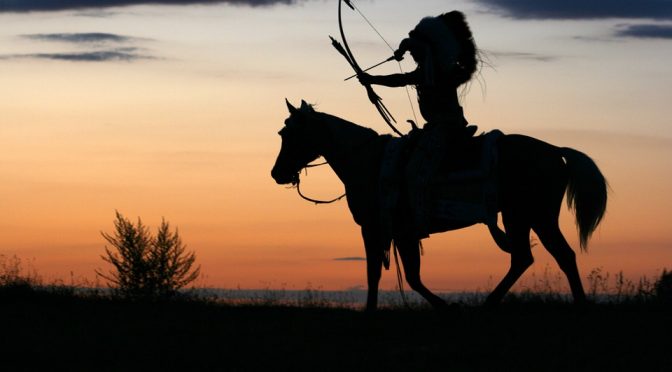 Ever seen the old movies of pictures of Indian Painted Horses and wonder why and what it means? An Indian horse was often painted in preparation for battle, Native American Indians treasured their horses and held them in the highest esteem and going into battle was dangerous for both him and his horse. Because of this danger factor they painted their horses and themselves to indicate achievements and previous victories and they believed it held magical powers for protection in battle. Medicine Men often chose certain markings that passed magic through application to the rider and horse helping the warrior to believe himself and his horse invincible. They believed the use of certain symbols and colours afforded the wearer with ‘Magic’ for power and protection by drawing on natural powers and combining these with the power of the warrior and his horse. It was also used to recall meaningful events like Victory & Mourning and after a battle, when the battle was won, a warrior might apply paint to his horse so the tribe could see from a distance the outcome of the battle.

Some typical symbols that were used:

Green – Endurance and healing power, believed to improve vision – green circles might be painted around the eyes of a horse 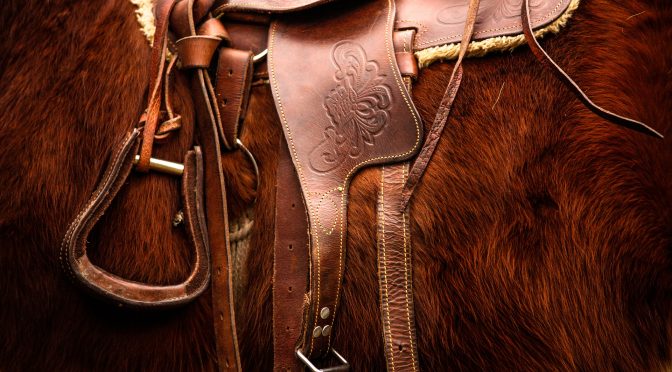 Because there are so many first-time western saddle owners that buy from us, we decided to write a quick and helpful article on…

How to Rig your Western Saddle

Western saddles usually are sold with one long latigo strap and one short latigo strap. The straps are fastened to the front rigging D’s (one on each side). The short strap has holes in, so as to put the buckle through and the long strap gets tied with a Texas T.

Having the correct rigging is both a necessity of having a safe ride and it influences the riding activity you have planned.

In addition to the position of the front cinch, you can either have double rigging or single rigging. Single Rigged, means there is a front cinch, but not a back cinch. Most pleasure riders ride single rigged and if you are not going to ride rough on steep hills and have quick turns then single rigged is fine for you. Double Rigged, means there is a front cinch and a back cinch. A back cinch helps anchor a saddle during rigorous riding; ropers need one to keep the cantle down, and trail riders often find it helps keep the saddle from sliding forward while going downhill.

After you buy your saddle, check the rigging for wear and tear before each ride. If the leather creaks when you pull on it; has cracks, tears, or loose rivets; or doesn’t look “right” for any other reason, take your saddle to a reputable repair shop. You’re only as safe as your rigging is solid. 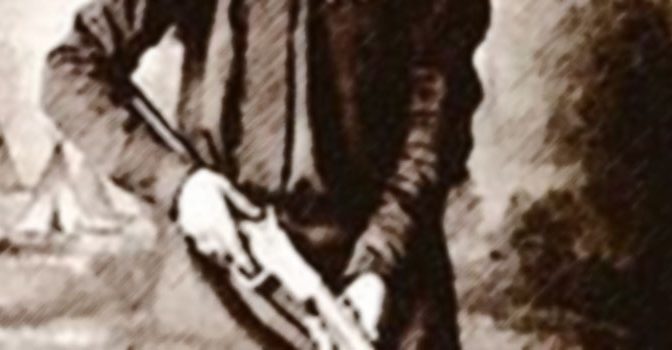 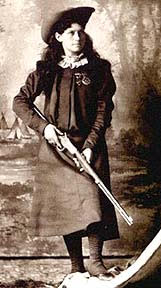 Annie Oakley may have stretched only 1.5 meters from top to toe but her legend stretches to the end of the earth. She joined Buffalo Bill’s Wild West show as the star attraction in 1885 with her husband Frank Butler. At 27 meters Annie could shoot a dime tossed in mid-air and in one day with a .22 rifle she shot 4,472 of 5,000 glass balls tossed in mid-air. Annie could also without too much effort shoot a playing card (thin edge facing her) at 27 meters and then continue to puncture the card five or six more times as it settled to the ground. Shooting the ashes off a cigarette held in her husband (Frank’s) mouth was part of the Butler and Oakley act. Amazing! Annie Oakley 1860 – 1901 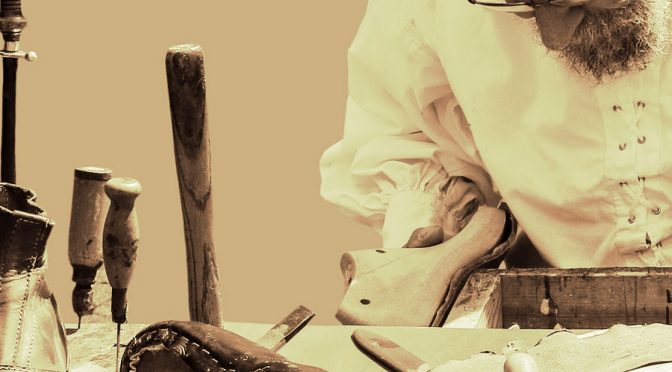 The cowboy boot as we know it today comes in a variety of styles and shapes and is worn by an extensive variety of people- from ranch workers to the urban cowboy, from the stay at home mom, to the paint the town red Diva, from the Sandton Yuppie to the Cape Town Cruiser we all love and adore the Cowboy Boot. We all love it for different reasons – the feel of leather next to our skin, the way the heel shapes our legs or the way a boot provides you with a certain self-esteem. It makes the wearer feel like a trendsetter, innovator and someone who is not afraid to be themselves.

Over the past century the boot has trended, slowed down and flared up – but it’s still that item that every person needs to have at least one pair of in their lifetime. But where did this boot come from and when did it evolve into the fashion must have it is today?

The Cowboy boot is a direct descendant from the Northern European riding boot which was adapted for use on the ranch by German bootmakers who settled in Texas during the second half of the 1800’s. These boot makers had one goal and it was to design a boot to meet the requirements of working in stirrups all day. Most features on the cowboy boot were made to serve a function, the narrow toes made it easier the slip feet in and out of stirrups and the high heel prevented the foot from slipping through the stirrup. The length of the leather top was designed to protect the leg against the stirrup leathers and the reinforced arches were to make standing in the stirrups less strenuous.

The straight lines of stitches across the top of the toe of the cowboy boot are called a toe wrinkle and boot makers in the early 1900s started to add decorative stitching to the toes. The boot started to be worn as a fashion accessory in the early 1920’s as a result of the movies and radio shows about the Wild West. This was the era of Tom Mix films – one of the greatest western film actors of the era. After 1940 boot designs became more colourful and intricate incorporating images of the west such as eagles, horses and horseshoes. And when rodeo as an entertainment form became popular in the 1950’s and country music started being heard, the cowboy boot became more popular and became a must have item and the design started following fashion trends popularized in movies.
Although the cowboy boot was designed as a working boot it’s evolved into a universal shoe and can be worn by anyone.

Some predecessors of the Cowboy Boot as we know it today 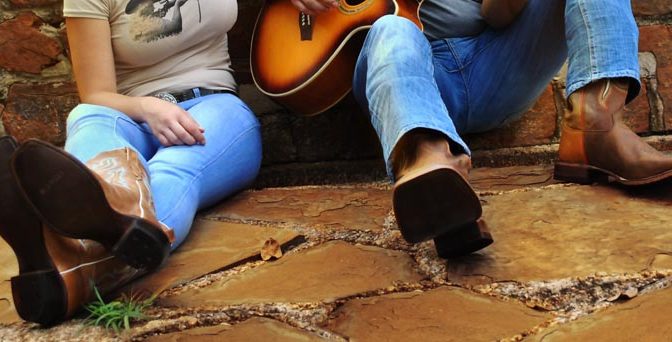 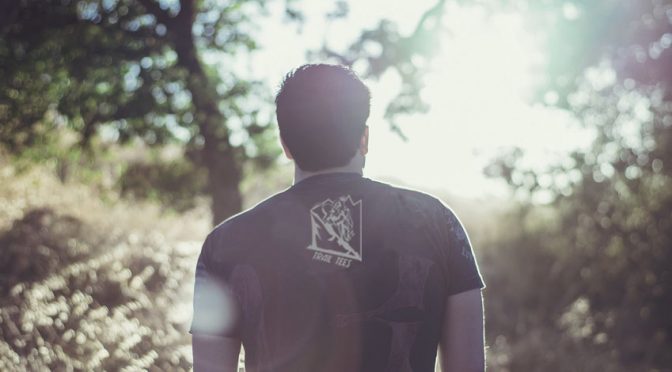 These designs can be bought from the trailsaddles online store. Just follow this link. 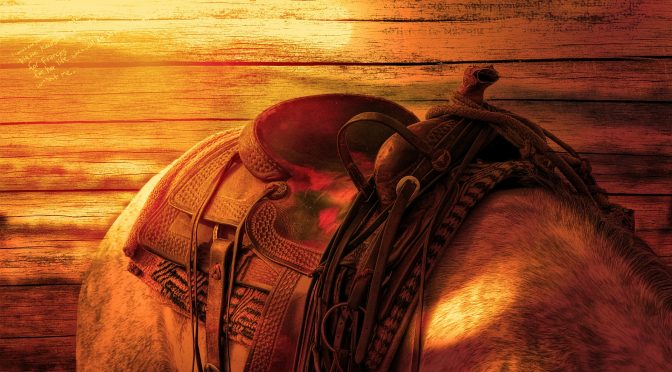 Sometimes it feels as if the Cowboy life and life style have always been around. It feels as if it did not have a start and cannot have an end- it is part of human culture and part of the past, present and future world we are living in. But there was a beginning to this rugged and heroic culture and maybe even one day there will be an end.

Where the style began

The first western-style saddles were based on the Spanish vaqueros in the 1800’s (the original cowboys one might call them). The Spanish vaqueros trained horses and herded cattle in Mexico and the American Southwest. These saddles were a combination of two styles of horseback riding: la jineta, which focused on the horse’s freedom of movement, and la estradiota, which focused on rider security and control. These saddles did not have a horn and when the horn came to action, it opened the world of saddles as it is known today, a saddle for a specific function like roping and barrel racing.

When the human race decided for the first time to ride on the horse could not be guessed.

Brahmans were possibly the first “riders,” and there is no uncertainty that the Chinese were the first real “horsemen.” The Chinese were involved in selective breeding and had several different kinds of horses for different jobs, as early as 1,000 years BC

The Hittites over in the Mediterranean were doing their thing with the horse, it seems it was the Hittites who left the first text on the care and rearing of horses (written about 1,600 BC and contains some advice about the training of a horse which is as applicable today as it was then).

Assyrians, some claim, were the first of the eastern Mediterranean cultures to make use of an item resembling a saddle(no stirrup).

The Egyptians also utilised horse as a mean of expanding their empire, about 1,650 BC. But they had no interest in riding the horse but preferred a chariot.

When a saddle is mentioned in the Bible, they are generally considered to have been saddlecloths. The Native Americans of the Great Plains of North America were famous horsemen, and usually rode without saddles. The saddle as we know it today where probably developed either in France during the early Christian era or in the steppe region of Asia. In Europe the saddle came into general use in the Middle

Ages and the exploits of medieval knights would have been difficult without the saddle.

Some claim a tribe called the Sarmatians who lived by the Black Sea first invented the saddle in 365 AD, as well as the metal stirrup and spurs. The Sarmatians were well known for their horsemanship and use of horses in battle. They were a nomadic tribe that worshiped fire and often sacrificed horses to their god.

When looking back it seems like people rode horses for over 1,500 years before they had devised a method for achieving greater stability in the saddle.

Invaders from Central Asia brought the stirrup to Europe, and interestingly the words for stirrup in Old High German, Old Saxon, and Old English are all derived from words for climbing.

Saddles of various types include the packsaddle (to which the load of a pack animal is secured); the camel saddle; the howdah (used by riders of elephants); and the horse saddle. There are two main types of horse saddles, the Hungarian and the Moorish.

The Moorish saddle, was used by cowboys in the United States. The saddle has a horn which is essential in using the lasso and two strong girths, each tightened by a cinch strap. In North America it was believed that a hard seat was better for both the horse and the rider.

The Hungarian saddle, of which the English saddle is an example which has padding, and the stirrup is hung farther forward than on the Moorish saddle.

Some Examples of historic saddles:

Cordura- Get Your Resistance On

INVISTA’s CORDURA® brand is the fabric you want in the outdoors. Cordura is an extremely durable and tough material, so tough that it was used during the second World War, in military tires. The fabric is designed to be tear resistant, colour retaining, light-weight and most importantly durable. Cordura needs minimum taking care of and will not lose its shape, rot, decay or decolour. Big Horn Cordura saddles makes for a lightweight saddle that is comfortable, functional and though, and will last you years to come.